Building a sanctuary for a city in need of a renewed community.

Franklin Avenue Baptist Church has been serving its community in New Orleans, Louisiana since the 1940s. However, the devastation of Hurricane Katrina hit New Orleans on August 29, 2005, leaving the church flooded under nine feet of water, and it wasn’t until April of 2008 that the church was able to move back into their renovated sanctuary.

However, just a few months prior to the hurricane slamming into the city the church had purchased a property in East New Orleans due to the church outgrowing their building and their available parking. While the devastation of the hurricane caused a setback in timing, the church’s impact in the community grew as they ministered to their membership that had now become displaced and widely scattered.

Eventually, the time was right to pursue the relocation project and Visioneering Studio Architecture was hired to provide the design for their new 21-acre campus. The almost 125,000-square-foot campus includes a 3,500-seat worship center, small group classrooms for preschool through adults, offices, a commercial kitchen, a 2-story fellowship hall, and a gallery that wraps around the worship center and is used as community space to encourage mingling before and after services.

The facility fronts on the south side of the Interstate 10 Service Road and is a prominent landmark in east New Orleans with its near-150-foot tall translucent glass steeple and a solid cross that illuminates at night. “It is something that you just cannot miss,” Luter said. “It’s like being in St. Louis and seeing that big ole arch. If you’re on the interstate, you’re going to see it. You just can’t miss it.” 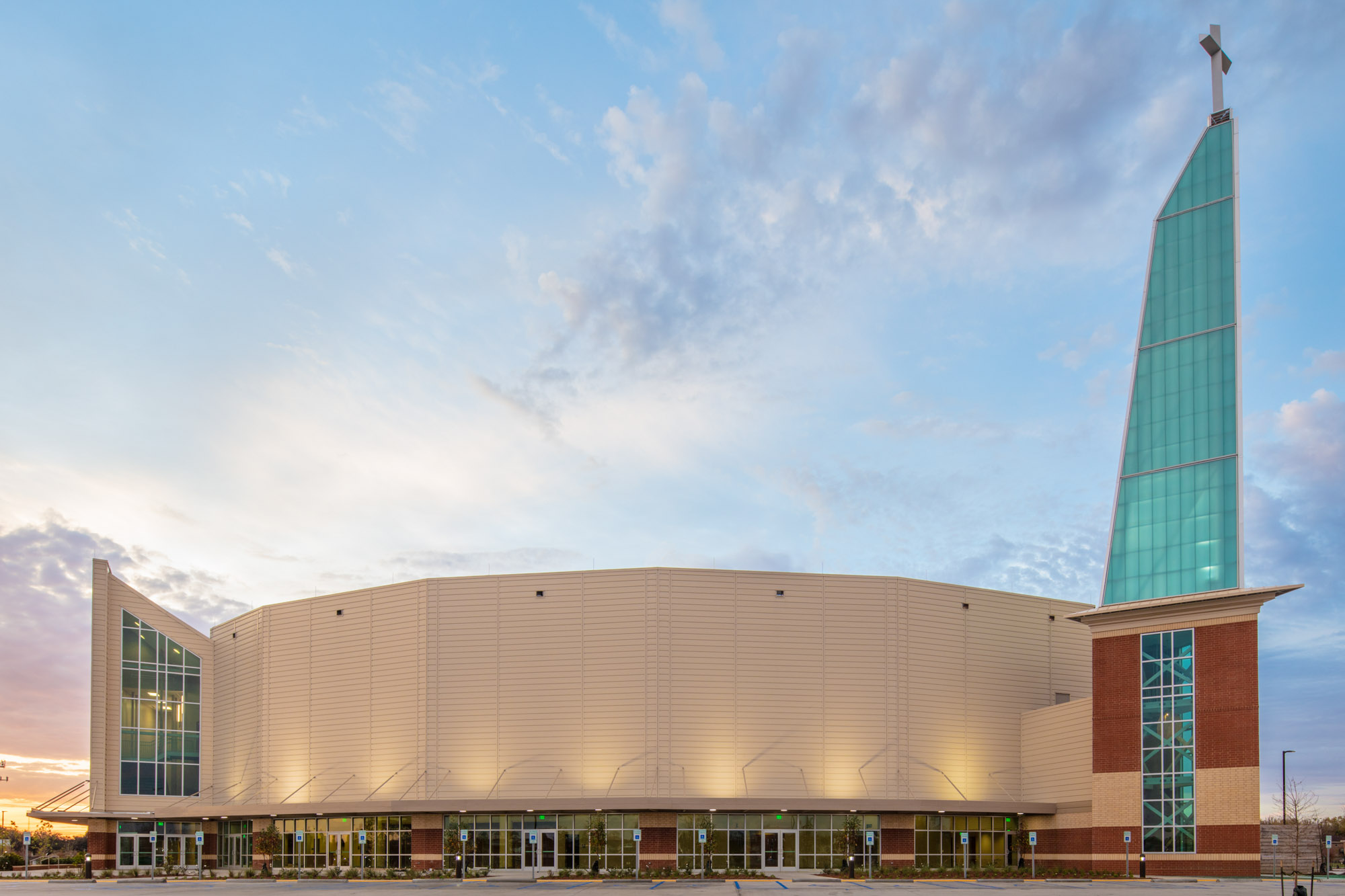 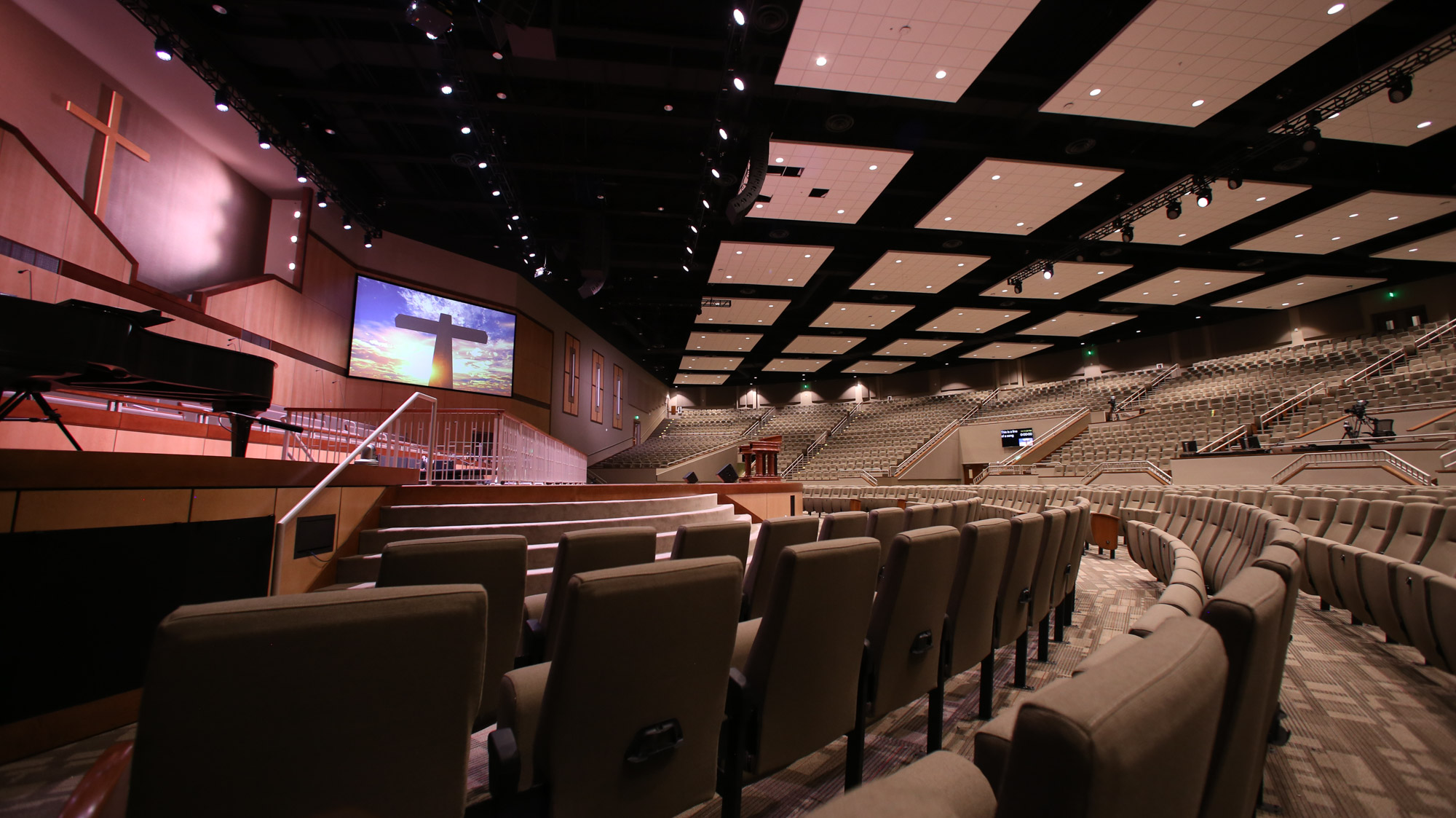 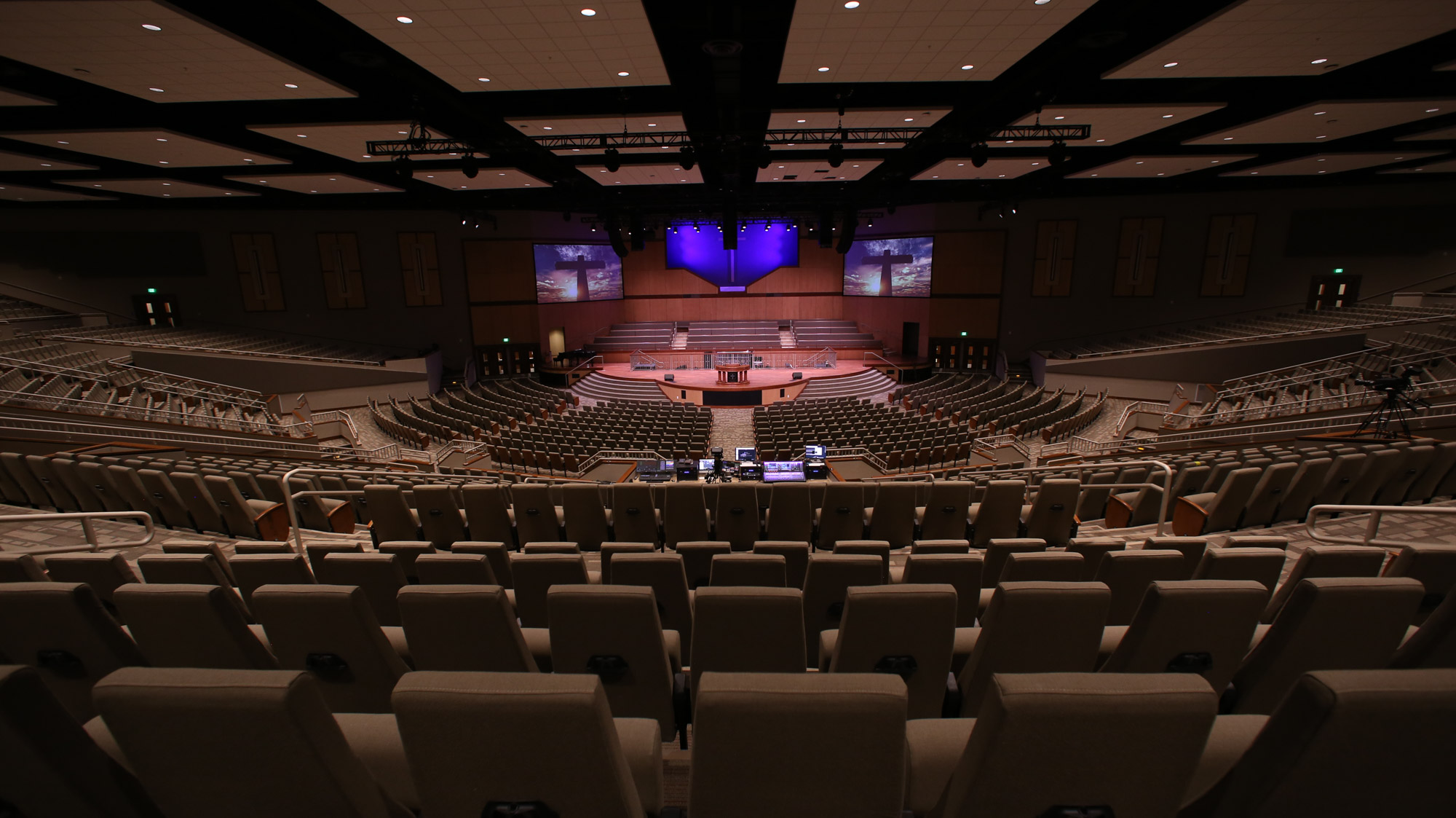