Ryan Hubbard
Jan 27, 2022 10:41:00 AM
Known worldwide as Disney Imagineers, those who have worked for WED Enterprises have had a front-row experience to Disney's magic. But beyond that, they are the ones who have had a direct hand in building that magic. It's a unique role and experience working in a company founded and run by Walt Disney to innovate and create magic moments. 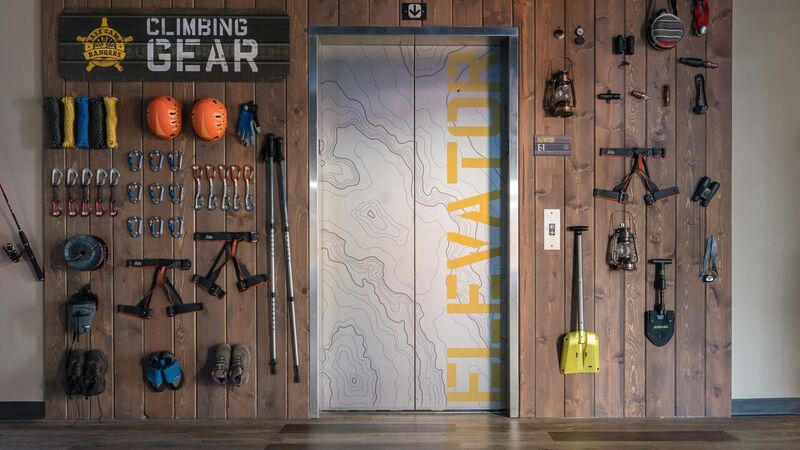 Known worldwide as Disney Imagineers, those who have worked for WED Enterprises have had a front-row experience to Disney's magic. But beyond that, they are the ones who have had a direct hand in building that magic. It's a unique role and experience working in a company founded and run by Walt Disney to innovate and create magic moments.

At Visioneering Studios, our CEO, John Parker, had that unique opportunity to call himself an Imagineer. He helped build some of the most recognizable attractions in Disney's California Adventure, including Soarin' Over California. From that time, he learned ten invaluable lessons that he has instilled in the culture and mission of Visioneering Studios.

At Disney, they have a great history of beloved intellectual property that they use to create immersive story environments. When carried over into businesses and churches, this same principle is called brand-telling. It's essential when designing a space to incorporate brand-telling so that the space complements their brand and communicates it to everyone who experiences it. Creating a branded environment is about sharing your organization's ethos while showcasing its unique place in the world.

Great design isn't just about making the most beautiful building but also designing a space that understands your audience or customer. It's asking who they are, their needs, and their desires - taking all of those things into account when creating the space. For example, when designing a children's area, you have to ask what will be fun for the child and build trust for their parents.

When Disney's California Adventure opened, the front entrance was designed to be a "giant postcard" of California. The problem was guests had no emotional connection with these postcard places. So 10 years later, they had to re-imagine the main entrance into Buena Vista Street, a representation of Los Angeles as Walt would have experienced it in the 1920s. For churches, if your vision is about changing lives, service, and missions, shouldn't your space help tell that same story by creating an emotional connection to those values?

Close your eyes and picture Disneyland. Did you imagine Main Street? Cinderella's Castle? Or maybe even Tomorrowland? Disneyland was designed around these destinations so that each land would transport the guest to a new world. At the center of that plan is something called the Hub. If you stand next to Walt and Mickey's statue, you can look into each of the lands and know where you are going. This clear and defined design drives the guests' experience of the park and, when brought into the design process for your church, will help guests and members feel at home and comfortable navigating your space.

A positive guest experience, often built out of the previous lesson, starts with good way-finding and signage. Just imagine for a second that all of your ushers or greeters didn't show up one weekend. What would the end result be? Would parents be wondering about the hallways looking for Kid's Ministry? Would sleepy-eyed college students be bumping into the walls looking for coffee? Putting your people first, understanding their needs, and then designing to those needs through convenient things like good way-finding will go far in helping them enjoy the space.

Disney Imagineers run countless tests on "thru-put" (capacity), queue lines, etc., to thoroughly understand how people will interact with their creations. They do this to ensure that their spaces do what they intend them to do. A well-designed space must answer the question of if your design facilitates what you intend it to do?

Even Imagineers do not have an unlimited budget when designing their parks. In fact, Walt Disney World can even be said to have been made on a "lean" budget. But good design, when paired with excellent design principles and an understanding of how to implement them, will lead to solutions that go above and beyond what you may have even thought was possible.

Walt Disney said, "There's really no secret about our approach. We keep moving forward - opening up new doors and doing new things—because we're curious. And curiosity keeps leading us down new paths." Imagineers have embodied that ideal ever since as they have iterated and reiterated on timelines classics. The same should apply to your church spaces. Start small with, "Do the walls need to be painted?" Then open your eyes to the area around to ask, "Is this space so out of date that it's holding back our church's mission?"

For Generations to Come

When Disneyland was first built, it was the culmination of years of work by artists, engineers, and builders. However, it was also the culmination of years of work from accountants and media buyers who worked out TV deals to eventually help Walt fund his idea. Even now, as Imagineers are planning the future of Disney Resorts, teams of people are working on the finances and building phased growth plans. This phased approach can lead to a generational impact for churches as you plan for growth from the start. Carrying out each phase through the years as funding and need to arise.

Disney Imagineers are a diverse group of people. Often they are multiple disciplinarians, but even they can't do everything alone. Just imagine the wide range of talents needed to design the original Disneyland - movie prop makers, animators, engineers, contractors, developers, musicians, artists, researchers, businessmen, and many more involved. It took a considerable level of collaboration to make Walt's vision come true. Similarly, our team comprises developers, designers, architects, construction managers, and general contractors who work together to take church projects from vision to groundbreaking and launch to create mind-blowing solutions for our clients.