Behind the Build: The Father’s House 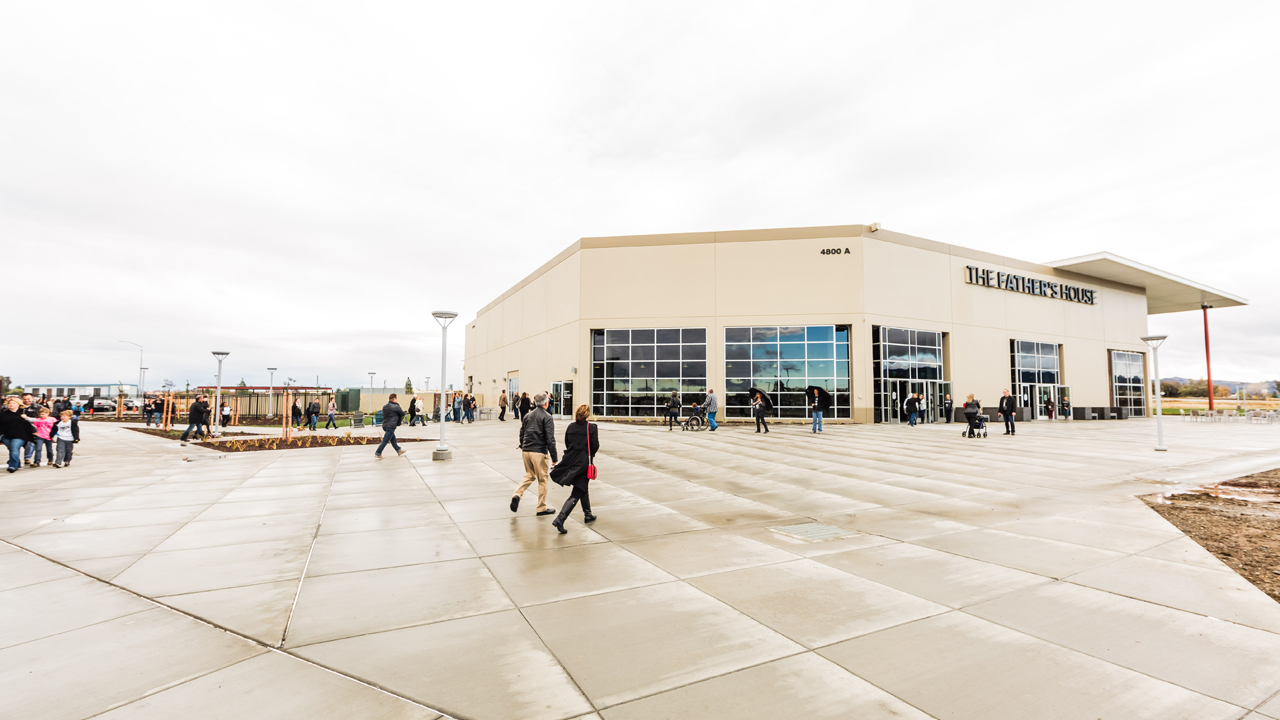 In January of 2016, The Father’s House in Northern California celebrated the Grand Opening of Phase 1 of our partnership, which included a brand new auditorium and children’s building. Over the last 19 years, this powerful community has grown from just a few people in a living room to now three campuses, including Napa, East Bay, and the newest — Vacaville.

Pastor Dave Patterson had a vision for the Vacaville location to take people on a mindful journey of God’s presence, no matter where they went on campus. “When we started this project, we had a verse in Exodus 33 that says, ‘God don’t lead us up from here without Your presence.’ Visioneering took that verse from Exodus and created a storyboard that took us from the Wilderness, right into the Promised Land, through the Red Sea with a Cloud of Glory — all of which was represented architecturally. It was quite enjoyable watching that process come to fruition.”

From the flaming “Pillars of Light” to the Children’s Ministry area called “The Passage,” every detail incorporated into the design and architecture of The Father’s House helps tell the story of God leading His people ou

t of Egypt from a life of slavery to a life of freedom. It’s Pastor Dave’s desire that every person stepping on campus would feel the same hope of God’s chosen people in that story of Exodus.

Additionally, for the first time ever in TFH’s 19-year history they have a campus that’s publicly exposed — allowing them not only to thrive and grow in the area, but further their vision of reaching more people who are far from God.

“Since we’ve been in this new auditorium, we’ve seen close to 1,000 people added to this location. We’ve had people come who have never attended church, and we’ve been able to do some nights of worship and events at a brand new level.”

At Visioneering, we can’t wait to continue our partnership with Pastor Dave’s team into Phase 2 of the Vacaville campus, and keep revealing the God-story their community has to offer.

A Church Built to Serve Its' Community - Visioneering Studios